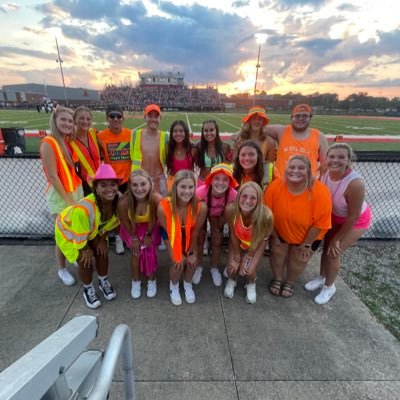 Every year at Yorktown High School, they have this group of students called the “ Tongi Squad!” The Tongi Squad is meant to go to all the home and sometimes away games,  and get the student section all excited for the game. Each game the Tongi squad comes up with a theme and whatever that theme is the whole school dresses up according to the theme. We decided to ask a couple of our fellow Tongi squad members some questions! We asked Emme Hembree, “ How does the Tongi squad decide what theme they want to do each game?” Emme responded “ We pick the themes for each football game in a big group chat and we do polls each week!” Everyone in the group chat gets to contribute their ideas and whichever are the two with the most likes are the ones everyone has to vote from in a poll! We also asked Gannon Crosser “ What made you want to join and be a part of the Tongi squad?” Gannon responded “ I wanted to be the guy that gets the crowd hyped up!” Gannon said all throughout Middle School, he just always thought it was cool to see the people in the front with all the body paint so excited for the team, he said he wanted to join them! We love our Tongi Squad and the spirit they bring with them to all of our games!